Thinking About Treating Your Spider or Varicose Veins? Here’s What to Know About Sclerotherapy 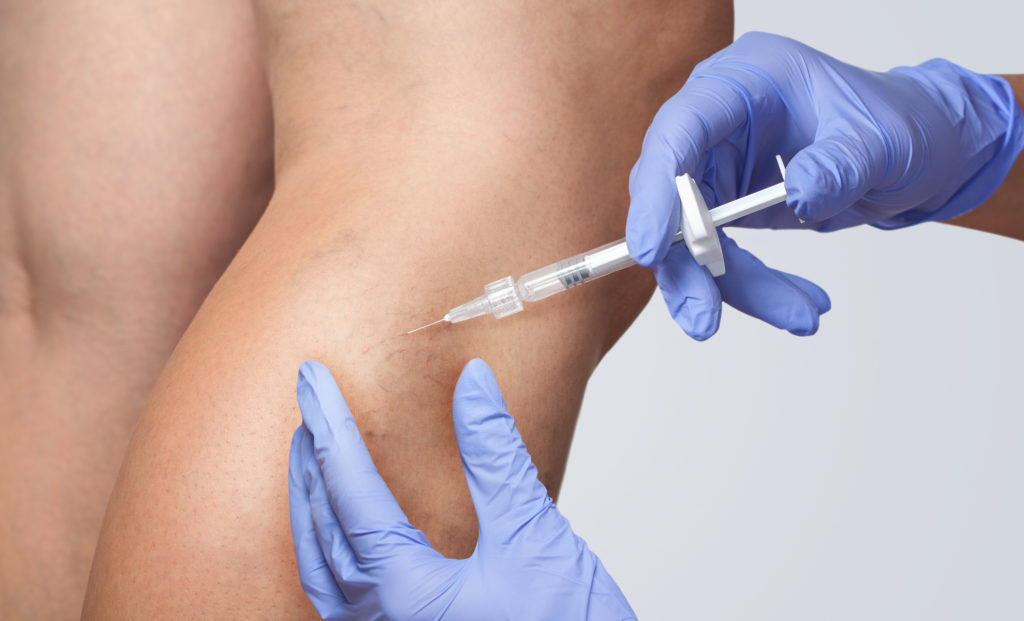 Varicose veins and spider veins are relatively common, affecting thousands of people every year. Estimates suggest that 20% of all adults will get varicose veins at some point in their lives.

While people see varicose and spider veins as a mostly aesthetic issue, others experience varying degrees of discomfort and pain due to these weakened veins. Thanks to technology and medical advancement, there are several methods through which a person can seek and find relief for their varicose vein symptoms. Sclerotherapy is an effective treatment to help with this condition. If your internal veins are damaged, we will have to treat them first. Afterward, sclerotherapy can take place.

Keep reading to learn more about this procedure.

A Background on Varicose Veins

Varicose veins have likely been around for as long as humans have walked the earth. Of course, evidence of varicose veins did not appear until much later. As our ancestors began standing upright, there were some unintended consequences. As a known recorded medical problem, varicose veins emerged around 1550 BCE in a bit of papyrus, where they were described as solid and with many knots.

The Father of Medicine, Hippocrates, was the first to notice a correlation between varicose veins and leg ulcers. Thus, began a long history of exploration into treatments of the veins. As one might imagine, early vein treatments were somewhat gruesome and experimental. When Leonardo da Vinci produced his highly-detailed drawings of the lower-limb veins, this changed the course of medical approaches, as physicians were more clearly able to map out and understand the blood vessels.

The first documented attempt at sclerotherapy happened in the 1800s when medical improvements were happening in a variety of fields. The invention of the hypodermic needle and other medical tools such as catheters and stents, for example, also played a role in treatment advancements.

Treatment for Varicose Veins in the 21st Century

Similar to every other medical field, the study of the blood vessels and the cardiovascular system has deepened in the last few decades. This has led the way to an advanced technique of venous treatment called sclerotherapy. The idea behind the procedure is to shut down a vein that is not working properly and causing discomfort.

In contrast to some of the early invasive treatments many centuries ago, sclerotherapy is a minimally-invasive procedure that has good results and not a lot of downtime for the patient.

What You Should Know About Sclerotherapy: Answers to FAQs

As stated previously, sclerotherapy is only appropriate after internal veins have already been treated. If you’re considering this procedure, please speak with one of our experts. Be advised, it is not a procedure you can undergo by simply coming into our offices. We will have to treat the existing internal veins first through other methods.

Like any medical intervention, people have lots of questions revolving around the procedure, recovery time, and possible risks associated with sclerotherapy. We’ve compiled a list of frequently asked questions and their answers to provide you with more clarity on the procedure.

What is the solution injected?

The solutions used for sclerotherapy can be hypertonic saline, Polidocanol, and Sotradechol. Hypertonic saline is a saline or salt concentrate solution that causes irritation in the vein, which leads it to close.

This solution is effective, relatively inexpensive, and does not cause allergic reactions. The other two chemicals are Polidocanol and Sotradechol and are detergent-like solutions that interfere with the cells in the lining of the vein. This also causes the vein to collapse in on itself, shut down, and close.

What is the success rate of this treatment?

The good news is that sclerotherapy is a medical procedure that has a high success rate and is an outpatient and minimally-invasive intervention. It works well for most people and studies have suggested that as many as 50%-80% of the veins injected can be eliminated with a session.

Are there any side effects to the procedure?

Are there other methods available?

There are several options for people dealing with different types of vein issues including venous insufficiency, varicose veins, and spider veins. Varithena, for example, is another treatment option that helps to eliminate faulty or weak veins. This is often the solution Polidoconal and is injected as a foam. The foam activates within the vein and works to collapse the vessel and stop its function. Varithena is an outpatient procedure that can take less than half an hour but can have great results for twisted or tortuous veins that cause problems.

While varicose and spider veins are often an aesthetic issue, they can also cause pain and affect a person’s quality of life. When dealing with such a condition, it can be a difficult decision to seek treatment. People often put it off, afraid that the treatments are complex and risky.

The good news is that varicose vein treatment has seen great advancements in the past few decades and has helped millions of people regain their confidence and their way of life back. A consultation is a low-key examination, usually involving a discussion around your medical history and a Doppler sonogram to view the health of the veins.

If you suffer from pain or discomfort from varicose veins, you’re one consultation away from learning about the treatment that might work for you. Ready to learn more? Call El Paso Varicose Veins today.

« Is Your Diet Worsening Your Varicose Veins & Circulation? Here’s What You Need to Know