Venous Ultrasound: The Amazing Inspiration and How the Technology is Used for Treatment of Varicose Veins 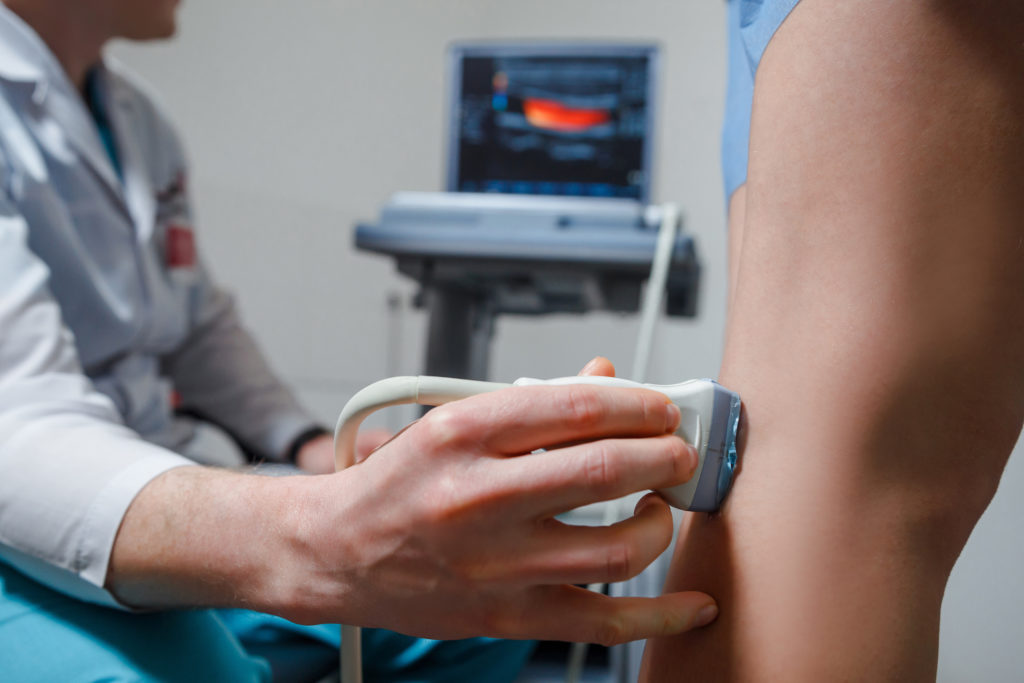 Treating venous disease has improved significantly in the last few decades. Since using ultrasound became commonplace in treating circulatory issues such as venous insufficiency and deep vein thrombosis, it has risen to the high ranks of fundamental techniques used to diagnose, treat, and manage circulatory problems in the blood vessels.

Radiology is a big component of diagnosis and treatment for varicose veins and other venous conditions. How did this great technology come to be?

Let’s look at some of the details.

The natural world is bursting with inspiration. It is through the observation of nature that mankind has advanced so quickly and made technological strides that have improved our way of life. Similar to how the flight mechanics of birds inspired airplanes, the echolocation of bats was the original source for the development of ultrasound.

Echolocation means the use of sonar (sound image) along with using physical features and physiological adaptation enables bats to basically “see with sound.” They emit the sounds through their mouth or, for some species of bats, through their nostrils. These echolocation calls—which are considered ultrasonic, as they range in frequency from 20 to 200 kilohertz—are known by their intensity and their duration. The study of echolocation formed the foundation of what was to be known as ultrasound physics—the groundwork for ultrasound radiology.

After the sinking of the unsinkable ship, the Titanic, Paul Langevin was commissioned to create a device that could detect objects deep in the ocean. The commission was part of a broad attempt to uncover wreckage from the legendary ship and understand what happened and what was left behind. This led to the invention of the hydrophone or the “first transducer.” The transducer is what produces (in modern ultrasound machines) the sound waves with frequencies beyond what human hearing can detect. The apparatus detects the waves reflected back as it emits ultrasound waves.

The decades following that first transducer were essential for the development of further ultrasound technology. High-level athletes—particularly European soccer players—used a type of physical therapy that used an early version of ultrasound. In 1948 an A-mode ultrasound equipment was used to detect gallstones.

What we understand as ultrasound is placed into two main categories. These two categories include:

Diagnostic: This is a non-invasive process that is used to diagnose or manage conditions. Most diagnostic ultrasound probes are placed on the skin. Images are then produced to look inside the body, inside organs, etc. Both anatomic and functional ultrasound are used as diagnostic tools

Ultrasound For the Circulatory System

The ultrasound technology also helps to identify and diagnose issues with the circulatory system. The Doppler ultrasound is a special technique that assesses blood flow through a blood vessel. It uses high-frequency sound waves to detect blood flow and blood flow abnormalities. The benefit of this study is that it is painless and non-invasive for the patient, making it a unique diagnostic tool.

This type of diagnostic ultrasound uses the waves to produce images of the blood vessels in the body. It is a great tool for vein specialists to see and understand problems going on with the blood vessels without having to do any invasive procedures. This non-invasive medical test gives doctors a detailed idea of what problems may be arising in a person’s veins, such as blood clots, varicose veins, and more.

Conditions that can be diagnosed using the Doppler Ultrasound include:

Worried You Have Some Kind of Venous Condition? Get Checked Out Today. It’s Easy.

The process of venous ultrasound is pretty straightforward. It is non-invasive and easy. So if you suffer from leg swelling, varicose veins, or you suspect you have some kind of venous disease or insufficiency, make an appointment with a vein specialist today and find out more.